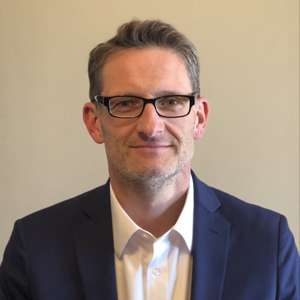 “The Missiles of Oklahoma” about the Atlas F intercontinental ballistic missiles that were housed near Altus Air Force Base in southwest Oklahoma during the October 1962 Cuban Missile Crisis was published in the Western Oklahoma Historical Society blog August 21, 2022

Review of Publisher for the Masses: Emanuel Haldeman-Julius, by R. Alton Lee (University of Nebraska Press, 2018), published in the Winter 2018-19 edition of the quarterly journal of the Oklahoma Historical Society, The Chronicles of Oklahoma, March 2019.

Presented my book Cold War Kansas via Zoom February 4, 2021, for the Smoky Hill Museum in Salina, KS.  The presentation was recorded and is offered free of charge to Kansas educational entities.  https://www.youtube.com/watch?v=EsvGq8_aSRY&t=11s

Presented the paper “The Missiles of Oklahoma:  Southwest Oklahoma’s Role in the American Cold War Nuclear Arsenal, 1960-65” October 26, 2017, at “Missiles of Oklahoma” seminar at SWOSU in Weatherford.  https://www.youtube.com/watch?v=zS2OVJUQcHw&t=9s

Presented the poster “Oklahoma Missile Site:  Aiming for the Historic Marker” at the annual meeting of the American Association for State and Local History, Austin, TX, September 8, 2017:  https://dc.swosu.edu/caap_general_articles/2/

I facilitated the transfer of Civil Defense artifacts in storage from the City of Elk City (OK) to the Oklahoma Historical Society in November 2020.  A story about this titled “Cold War artifact donations made to OHS” was also featured in the January/February 2021 edition of Mistletoe Leaves, the bulletin of the Oklahoma Historical Society.  https://www.swosu.edu/news/2020/2020-11-12a.php

The Oklahoma Historical Society approved my application to place a historical marker at the site near Willow that housed an Atlas F Intercontinental Ballistic Missile from 1962 to 1965, which I did in October 2017.  One of 12 missile sites attached to the 577th Strategic Missile Squadron at Altus Air Force Base, the Willow missile site was part of the American Cold War nuclear arsenal.  All 12 missiles were put on alert for the first time during the October 1962 Cuban Missile Crisis.  In addition to securing permission from the OHS, I wrote the marker text, raised the money to pay for the marker, oversaw its installation, and spoke at the dedication ceremony. https://www.wdnonline.com/index.php/news/swosu-professor-places-missle-site-historical-marker-again

Born the fifth of six children, I’m an identical twin.  Since 2006, my twin brother, Nathan, and I have co-hosted “The Early Morning Show” on KECO Radio in Elk City, OK.

I’m named for former Dallas Cowboys head coach Tom Landry.  My parents didn’t know they were having twins when we were born, so they scrambled to come up with Nathan’s name.  Supposedly he was named for an ancestor who fought in the American Revolution, but I haven’t seen documentation, so, frankly, I’m skeptical.