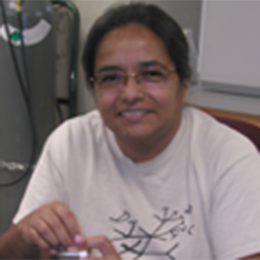 My general area of research is animal behavior. I’m especially interested in how animals use information about their environment to make decisions about eating, foraging for food, and mating. Even animals as tiny as fruit flies with brains smaller than a pinhead can make very complex choices about eating the best food or choosing a good mate.

I work mostly with fruit flies, but I have also done projects with other insects, such as crickets, ants, houseflies, and honeybees, and also with freshwater fish. The questions I like to ask apply to all kinds of animals and humans, so I use fruit flies as a model. Some of the questions we ask in the lab include: Do flies prefer some types of sugars over others? How hungry do they have to be to eat food that they don’t like? Can they count how many food sources there are in one patch of food vs. another patch? When forced to choose, would a fly rather eat or mate? My students have presented their results for these kinds of projects at various local, state, and national scientific meetings. 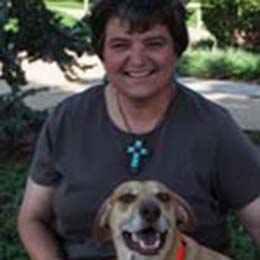 My current research interest focuses on defoliation of Salt Cedar on Washita National Wildlife Refuge (WNWR) by Salt Cedar Beetles. Salt cedar beetle (Diorhaba sp.) have been migrating into western Oklahoma along river drainages coming from the Texas panhandle. The beetles were introduced into areas of the Texas panhandle with the intent of controlling salt cedar trees (Tamrix sp.) in areas where other methods of control had failed to produce sufficient results or were not feasible. Although the beetle is an invasive species, it is a welcome one as controlling salt cedar is a difficult task and the tree causes many problems for the ecosystems it invades. Additionally, the beetles are very effective.  Salt cedar beetles were first documented on the WNWR in northwestern Custer County in May, 2014. In coordination with the Salt Cedar Beetle Coalition, based in Grand Junction, CO, my lab will be monitoring beetle populations and collecting samples of beetles for DNA analysis. It is a general belief that the beetles on the WNWR are of mixed parentage, being a hybrid cross between the “northern” and “southern” salt cedar beetles. After collection, the beetles will be shipped to Texas for further testing and documentation. Defoliation of the salt cedar takes many years before the tree is killed. Since this is an ongoing project, we will have many opportunities for students to collaborate on this research project 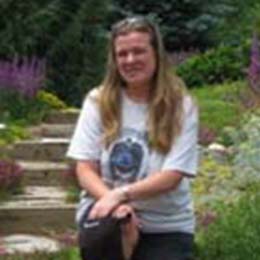 “What plants can we eat?”  “If we harvest more plants, will there be enough to eat next year?”  “How do environmental changes affect plant populations and, in turn, how do changes in plant populations affect the environment?”  These are the kinds of questions that my laboratory investigates.

Specifically we track populations of a Cyclanthera dissecta, a weedy vine in the cucumber family, monitoring the invasion of tree of heaven in Weatherford (over 3,573 stems documented near campus), and modeling changes in prairie turnips.

Working with the United Plant Savers, We developed an assessment tool used for setting conservation priorities and students working with her have scored wild harvested medicinal plants using the tools. 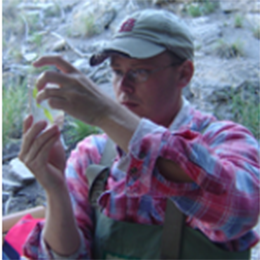 Our lab studies the evolutionary ecology of freshwater ecosystems. Our research takes us to some very cool freshwater habitats ranging from small springs to large natural lakes and reservoirs. We explore a diverse array of questions at multiple levels of biological organization. For example, we are interested in how natural and human caused changes in the environment affect how sexual selection (i.e. who gets to mate and why they do so) operates in populations, the mechanisms that allow species to coexist in nature, and how contaminants affect the ecology of freshwater ecosystems. To learn more about our research check out our website (http://rdcothran.wix.com/hyalella) 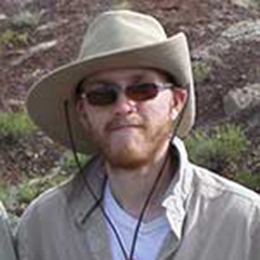 Generally speaking, my research interests broadly include vertebrate paleobiology, comparative morphology and physiology, and functional morphology. More specifically, I am highly interested in reconstructive paleobiology to understand what the anatomy and physiology of extinct animals was like. For instance, what can we learn about trends in the evolution of certain muscle groups or physiological factors across the non-avian theropod-to-bird transition? Knowledge of such anatomical and physiological trends can help us to understand how these animals lived and may also be informative for trying to understand certain behaviors. I am most interested in archosaur paleobiology (crocodylians, pterosaurs, dinosaurs, and birds) but am happy to work on other vertebrate groups.
My recent research has focused a lot of attention into novel ideas regarding the evolution and utility of the tetrapod neck. Why did the neck evolve? Is it useful in other ways than just allowing freedom of the head? Does it help with terrestrial locomotion? Some of my research on alligators has shown that the tetrapod neck does assist in enhancing terrestrial locomotion.

I am also involved in studying the end of the Cretaceous world at a remarkable site called Tanis. The Tanis site captures the meteor impact driven extinction event in progress and the team I am apart of is investigating what the climate, ecology, and conditions were like during the event as well as describing the biota 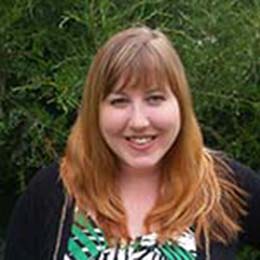 Like in humans, microbes can be both detrimental and beneficial to plants depending on the organism. The genus Pseudomonas includes bacterial species that can promote plant growth, cause plant disease, or provide resistance against pathogens. Pseudomonas syringae is a well-studied plant pathogen that causes disease on a wide range of economically important crops; its use as a model organism has significantly advanced the understanding of plant-pathogen interactions. In addition to being a plant pathogen, it is commonly found on leaf surfaces without causing disease and is present in waterways, snowpack, and clouds. In these habitats P. syringae encounters a range of environmental conditions. My research interests include evaluating how P. syringae senses changes in environmental conditions and how these changes influence its behavior and pathogenicity. A new area of research that I would like to pursue focuses on understanding the mechanisms utilized by Pseudomonas putida, a bacterium commonly found in soil, to induce plant resistance to infection by P. syringae. 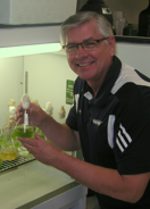 My research interests center on algae. Phytoplankton algae and filamentous algae are the primary producers providing most of the organic chemical energy and oxygen to support aquatic (marine and freshwater) food webs. They are major players in the planets biosphere. In fact, over 50% of the oxygen your are breathing right now comes from algal photosynthesis

In recent years, my research is directed toward advancing our scientific understanding of filamentous algae, especially our understanding of factors and adaptations that effect growth and survival of these organisms. Filamentous algae often form dense stands or floating mats that provide structure to shallow water areas. The mat structure may affect the alga’s microenvironment through self-shading. This structure may provide refuges from predators and microhabitats for a range of small aquatic animals. I have also been studying Crowder Lake, a small impoundment in western Oklahoma and investigating the effects that the semi-arid climate and flooding events have on the reservoir system. I am also interested in the environmental impacts on aquatic primary producers including nutrients (nitrogen and phosphorus) released in wastewater treatment plant effluent into a local stream. One of my recent projects involves determining the impact of UVB radiation on growth of several species of filamentous algae and whether these organisms produce UVB protective compounds. 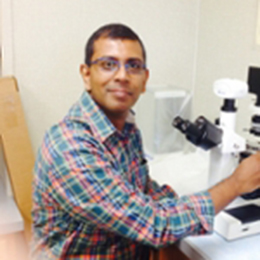 Staphyloccocus aureus is a benign microbe living in the nose and on the skin of approximately 1/3 of the human population. Methicillin-resistant Staphylococcus aureus (MRSA) is a predominantly hospital acquired pathogen that is recently seen with increasing frequency in the community. Our lab looks at the spread of the community acquired MRSA (CA-MRSA) vs. hospital acquired MRSA (HA-MRSA) in the student populations and their pathogenicity. 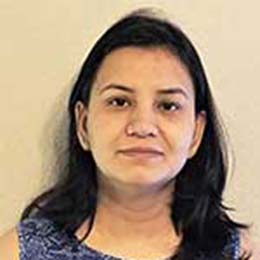 Research Interest: My research interests lie at the interface of metabolism and cancer. I am interested in understanding how metabolic pathways influence human health. Altered metabolism is considered one of the hallmarks of cancer. Some of the profound metabolic changes include an increase in glucose consumption and elevated glycolysis, glutamine addiction, and an increase in fatty acid synthesis. Malignant cells acquire changes in anabolic and catabolic pathways to meet their high metabolic and energy demands. Emerging evidence suggests that metabolic deregulations play a crucial role in supporting cancer cell survival, proliferation, and tumor growth. Metabolic rewiring allows cancer cells to use aerobic glycolysis and upregulate the synthesis of biomass to facilitate tumorigenesis.  However, due to tumor plasticity, different tumor types have different metabolic dependencies that allow them to adapt to either aerobic glycolysis or oxidative phosphorylation (OXPHOS), based on the changes in the tumor microenvironment. One of the focus of my research is to study the novel genes that regulate cancer metabolism and understanding how metabolic genes affect tumor plasticity. I am also interested in unraveling the metabolic phenotypes of different cancer types. These studies will advance our understanding of fundamental cancer cell biology and provide a better understanding of the new chemotherapy treatments targeting cancer metabolism.  I am also interested in evaluating the role of glycolytic enzyme inhibitors as anticancer agents. 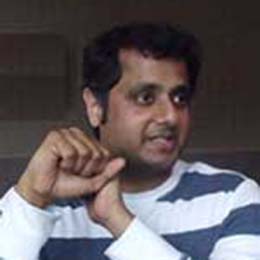 Dictyostelium discoideum is a powerful eukaryotic biomedical model organism to study developmental regulation and cellular signaling because of the ease of genetic, biochemical and cell biology approaches. Upon starvation, single-celled amoebae emit cAMP and migrate toward aggregation centers. This gives rise to a discrete multicellular structure called the "slug". In the migrating slug, the precursors for stalk and spore cells become recognizable and are localized in specific regions. Prestalk cells are located in the anterior 20% of the slug and prespore cells occupy the remainder. The developmental process of this organism depends on environmental and internal signals and can be divided into two phases; the formation of a moving slug from solitary amoeba upon starvation and the switch from a slug to fruiting body that holds the spores, for dispersal, on an aerial stalk. The slug-to-fruiting body switch (culmination) is regulated by ammonia, O2, light and other factors, possibly acting via prestalk tip cells.

Myxococcus xanthus is a gram-negative bacterium with a developmental life cycle, social behavior and multicellular morphogenesis that resemble the eukaryotic Dictyostelium discoideum. This resemblance between a prokaryotic and a eukaryotic organism can hold key information about the common evolutionary ancestor that between these social organisms and probably their relation to other organisms with similar characteristics.

On the basis of this resemblance, our research is focused on exploring the life cycle of both organisms (timing and morphology) and to study the effects of different environmental factors like oxygen, light, ammonia, cAMP and cell density on the behavior of both organisms during development specially during morphogenesis. Genomic and triscriptome analysis will follow at later stage of this project.